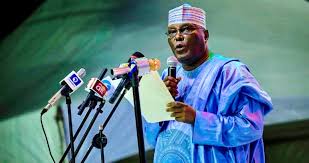 2023 Presidency: Saraki, others deny stepping down for Atiku

Ahead of 2023 Presidential election, the camp of  Senator Bukola Saraki on Wednesday described as untrue reports that he and some other aspirants under the platform of Peoples Democratic Party in the 2023 elections have stepped down for Atiku Abubakar.

It would be recalled that report has gone viral that  that Saraki, Governor Aminu Tambuwal of Sokoto State and  Bauchi, Bala Mohammed of Bauchi have stepped down for the former Vice President.

Reacting,  the Director-General of the Saraki Campaign Council, Osaro Onaiwu, in a statement dismissed the report as “sheer mischief planted by those who want to gain the PDP presidential ticket by deceit.”

In his words, “Our attention has been called to an online newspaper that our candidate alongside their excellencies Governors Aminu Tambuwal of Sokoto and Bala Mohammed of Bauchi States have stepped down for former Vice President Atiku Abubakar for the PDP presidential ticket.

“The report is sheer mischief and planted by those who want to gain the PDP ticket by deceit. For clarity purposes, our candidate and three other aspirants met with Vice President Atiku on Monday with the sole objective to inform him of their push toward a consensus candidate for the party.

“At that meeting, there was no talk of any of the aspirants stepping down as it is yet premature. To therefore find a planted story smacks of desperation and ill-intention.

“For the avoidance of doubt, our candidate is eminently qualified for the PDP presidential as a former two-term governor, chairman of the Governors Forum, the most engaging and result-oriented senate president and a former presidential aspirant.

“Also, Governor Aminu Tambuwal as former Speaker of the House of Representatives and a serving two-term governor is also qualified to be considered for the ticket.

“Last but not least is Governor Bala Mohammed, a former senator, ex-minister and serving governor is qualified for the ticket. So, let no other aspirant hide under some nebulous assumption that he is overly qualified than others to be stepped down for.

“When and if there is a concrete agreement on a winning consensus and others step down for whoever, it will be done openly, but until then, Senator Bukola Saraki, Tambuwal and Mohammed are still in the race.”

Previous: 2023 Presidency: Okupe withdraws from race, declares support for Peter Obi
Next: I became APC Chairman by the grace of God- Adamu