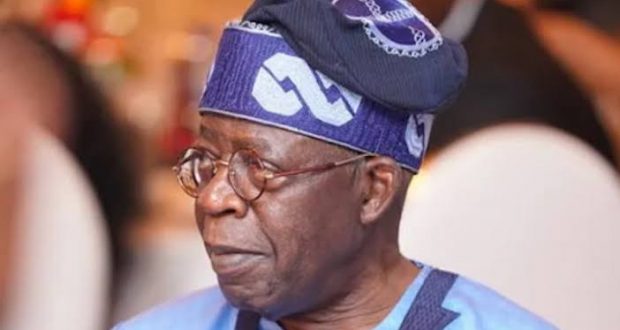 A Christian group called  the Tinubu Support Prayer Group (TSPG), has thrown its weight behind the presidential aspiration of National Leader of the All Progressives Congress (APC), Asiwaju Bola Tinubu.

A statement by its president, Apostle Claudius Olanrewaju Omogbemi said the group, which is made up of ministers of the gospel that cut across the 36 states of the federation and the Federal Capital Territory (FCT), Abuja is in support of Tinubu’s aspiration because “he (Tinubu) has all it takes to be Nigeria president”.

According to Omogbemi, Tinubu will be the first former senator, two-term governor and an American-trained politician that would emerge as president if he gets the ticket of his party and wins next year’s election.

The state reads in part: “No president in Nigeria has ever been senator, a two-term elected state governor, American-trained before becoming president. We strongly believe that Asiwaju Bola Ahmed Tinubu (BAT) is going to be the first president with such an advantage in his kit to Aso Rock come 2023. A strategist, Lagos State where he is an undisputed leader has never lost an election since he emerged governor on the platform of the Alliance for Democracy (AD) in 1999; 22 years ago.

“Our mission is to prayerfully support his presidential ambition. His success will be beneficial to all Nigerians and Nigeria. Hence, we are interdenominational whose membership cut across the thirty-six states in Nigeria and the FCT Abuja.”

He added that the former Lagos State Governors has a solid background in terms of his religious credentials, unlike other aspirants saying that: “BAT is a Muslim, while his wife is a Christian. What a very good and balanced, pedigree for national unity.”

He noted that Tinubu’s age is never an issue, noting that it is an added advantage for his aspiration to rule the country, based on his wealth of experience.

His words: “Age is an added advantage for BAT, Chief Olusegun Obasanjo, Alhaji Shehu Yar’Dua and President Mohammadu Buhari (PMB) came on board, not as youth and they performed creditably well. The foreign reserves shot up astronomically when Obasanjo took over the mantle of leadership, same thing was also experienced when Buhari came on board, in spite of the unprecedented and drastic fall in the international price of crude oil, the internal security challenges and the ravaging Covid-19 pandemic. The government is doing pretty well.

“President Joe Biden of the United States of America, Prime Minister Boris Johnson of Britain, Chancellor Olaf Scholz of Germany, President Vladimir Putin of Russia, President Xi Jinping of China, President Emmanuel Macron of France, Prime Minister Fumio Kishida of Canada, and the leaders of Australia and Spain to mention just a few are not youths.