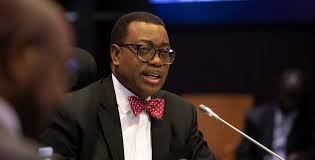 2023 Presidency: We didn’t get Adeshina’s consent before buying N100m APC form for him- Coalition

The coalition of 28 groups, which bought an All Progressives Congress, APC Presidential nomination and expression of interest forms for the President, African Development Bank AfDB, Akinwumi Adesina, has said it did not have the consent of the continental public servant to purchase the forms.

According to the coalition, 24 hours after paying for the forms, it has not been able to reach the banker. It, however, said Adesina remains the best man for the job and that the groups needed to procure the forms to meet with relevant deadlines before trying to convince Mr Adesina.

Speaking, yesterday, after picking the forms at the International Conference Centre, ICC, in Abuja, the coalition said it has not been able to reach Mr Adesina, Vanguard reports.

Leader of the Youth Arise Movement, one of the groups in the coalition, Babatunde Ademola, said: “I am one of the group leaders of this team of 28 groups that have been working tirelessly and consulting across the country and even outside the country to ensure that we get him to come and obey the clarion call.

“I will tell you significantly that we have tried to reach out to him, we have sent messages; we have looked at any way we will get across to him. We have not gotten any definite response from him.

However, because we know the Constitution of Nigeria is very clear, and the Act that governs the umpire for electioneering is also clear, and we know that the timing is not on our side and we believe that for such person after we have looked at the situation of this country, we need Dr Adesina to come and solve Nigeria’s problem and because of this, we have put our resources together.”

On when the coalition would present the forms to Mr Adesina, he said; “By the grace of God we will ensure that. We know that he is not available, right now. We have been trying to reach him, but when we get him we will inform you.”

President of the One Nigeria Group, Mohammed Saleh who led the delegation said Adesina is a man of proven integrity and experience.

“He has done so much for Nigeria as Minister for Agriculture. He has solved the problems of so many farmers, created so many jobs by solving the corruption in the agricultural sector. Particularly the fertilizer, which he brought the e-wallet for fertilizer which the farmers are enjoying now, and it has created a lot of jobs. It has also helped millions of farmers in Nigeria which they are still benefiting and also as President, African Development Bank he has brought a lot of initiatives that solve Africa’s food security problem. So, we will like him to come back home and apply it here in Nigeria.”