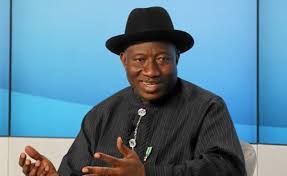 2023 Presidency: Why I want APC to field Jonathan- Activist

Popular activist, Deji Adeyanju, has said that former President Goodluck Jonathan would be the best presidential candidate of the All Progressives Congress, APC, in 2023.

The activist said this while explaining that it would be difficult to find a candidate like Jonathan.

According to him,  the former president who served only one tenure was a complete democrat.

In a series of tweets, he noted that Jonathan accommodated his critics while he was in power.

He added that Jonathan was fair to all Nigerians and never manipulated elections to favour his party, the Peoples Democratic Party, PDP.

He wrote: “GEJ will be the best candidate APC can present in 2023. It’s difficult to find leaders like GEJ on the continent, a complete democrat. Under GEJ, no critic or activist was jailed. Elections will be free and fair. PDP lost every election under GEJ except Ekiti where Fayose won with stomach infrastructure.

“Many of the people that criticized GEJ are now certified tyrants who will never allow freedom of speech or credible polls. Just watch how APC will write results in Anambra and declare their unpopular candidate winner.

“African leaders and even many of the critics are generally tyrants, they can’t tolerate criticism. To have a complete democrat is an advantage. GEJ that I know is not desperate for anything including power.”

Lately, there has been speculation of Jonathan defecting to the APC and clinching their presidential ticket.

Though the former president has been silent on this claim, the APC has said that Jonathan would be welcome if he decides to dump the PDP.

Previous: Dino Melaye to Buhari: Your govt is marred with corruption, abuse of power
Next: 2023 Presidency: Wike vows not to support Jonathan if ex-President defects to APC