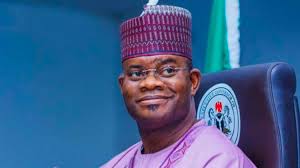 As the activities concerning the the 2023 Presidential election is gaining weight, Governor Yahaya Bello of Kogi State on Wednesday dismissed the issue of zoning within the All Progressives Congress, APC.

The youthful Governor said that  the much talked about zoning formula does not exist in the constitution of the APC and Nigeria.

He made this remark  on Arise TV while reacting to the APC producing its National Chairman and a Presidential candidate from the same region of Northcentral.

According to him, the problems confronting Nigeria have nothing to do with zoning, hence emphasis should be placed on credible Presidential candidates.

“These are the problems we are confronted with today, and they have no zoning. The party delegates would vote for me.

“I would [prefer that we go by merit and vote for who can get these problems solved.”