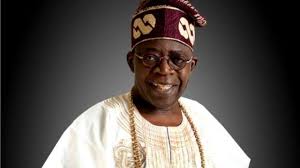 2023 Presidency:Tinubu has some enemies within APC- Party chieftain

A chieftain of the ruling All Progressive Congress APC has said that Asiwaju BolaTinubu has some enemies within the ruling party.

The APC Senatorial candidate for Ebonyi South in 2019 saud this in a statement on Wednesday.

Onu said those against the former Lagos Governor were behind rumours of his alleged rift with President Muhammadu Buhari.

He noted that Tinubu and Buhari were allies, recalling their formation of the ruling party ahead of the 2015 elections.

Onu said the politician had kept to his principles and built bridges across Nigerian regions and states.

“This trait of Tinubu is intimidating and that is why the purveyors of this crack between both leaders have emerged.

“The truth of the matter is that the claims are false and handiwork of opposition within the APC.”

Onu stressed that Tinubu was qualified to run for president in 2023 and advised him “not to be distracted by the antics of enemies”.