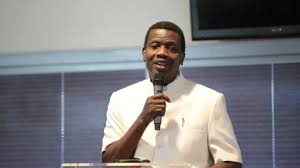 In an effort to sensitize and give support to members who want to get involved in politics, the Redeemed Christian Church of God has created the Office of Directorate of Politics and Governance.

The ministry in a memo addressed to all regions, provinces, zones and other levels of the church,  said the directorate was created for political education of its members.

It was learnt that the new department would play active role in sensitizing  members of the church to obtain their Permanent Voter Cards ahead of the 2023 general elections.

The was signed by the Assistant General Overseer in charge of Administration and Personnel, Pastor John Odesola and is dated February 28, 2022

The memo was  titled, ‘Office of Directorate of Politics and Governance’ and has the reference number: RCCG/AGO/ADM/AA/MEMO/20/01/2022.

The memo reads, “We write to formally notify you that the mission authority has created the Office of Directorate of Politics and Governance in the RCCG. Further to this, Pastor Timothy Olaniyan (PICP Lagos Province 12) has been appointed to lead the Office.

“You are kindly requested to appoint with immediate effect a Provincial Officer for your province and also ensure that the same is done at all levels of the church – zone, area and parish. The essence of this directorate is to help coordinate the engagement of our people who are willing to be involved in politics as well as mobilize support for them when required.”