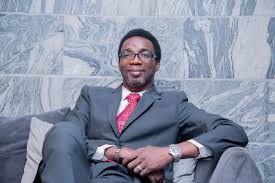 It should be noted that he was  formerly the State Chairman of the party.

In the poll, he trounced Yomi Ogungbe at the primary election conducted Monday night at the Stadplus event centre in Ikeja

The winner thanked the delegates and pledged to work with all to win the main poll in 2023.

“My first priority is to reconcile with my opponent, Mr Yomi Ogungbe, so that we can be better united and work together as one.

“We must tidy up all the differences within our party before we move ahead to the main elections,” he said.

More than 356 delegates from the 10 Local Government Areas voted in the primaries.

There were no delegates from Ojo and Amuwo-Odofin LGAs.