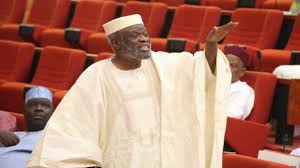 2023: Tinubu not the type of person we need as President- Sen Adeyeye

Professor Olusola Adeyeye has disclosed that Bola Tinubu is not the type that can preside over Nigeria.

Ahmed Tinubu, the national leader of the All Progressives Congress (APC) is one of the presidential aspirants under the party for the 2023 general election.

Prof. Adeyeye who was a two-term Senator representing Osun Central Senatorial District between 2011 to 2019 said this on a political radio programme in Ibadan on Saturday.

The former federal lawmaker said  “I am making bold to say anyone still looking at Tinubu as the candidate to beat isn’t reading the tea leaves properly.

“Tinubu is already unravelling publicly and even a lot of those who ordinarily would have loved to support him are right now having a rethink the more of him they see. He has proved to be gaffe-prone and certainly unhealthy.

“The Southern electorate is very sophisticated and none more so than the section of the electorate in the South-West. There is a reason he has been christened ‘Baba Alagbado’ and it is not for political sagacity!

“Time catches up with everybody and it has caught up with Tinubu. It takes those who truly love him, not sycophants, to tell him that it’s time to go stretch out on some lush lawns and play with his grandchildren.