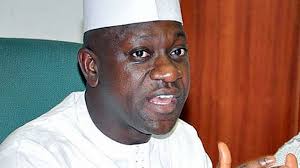 2023: Tinubu’s camp Issues warning to APC ahead of primaries

The Director-General of the Bola Tinubu campaign organization, Abdulmumin Jibrin has issued warning to the All Progressives Congress, APC, ahead of its primary elections.

According to him, how the ruling party conducts its primary elections from the State to the Presidential, would determine the survival of the party.

He added that the ruling party would be doomed if the people’s choice was not allowed to prevail.

According to Jibrin: “I have said it repeatedly, how the APC manages its upcoming primaries at every level (States and national) including Presidential will determine the survival of the party.

“Anything short of allowing the choice of the people to prevail in the primaries will spell DOOM for the party!”

It will be recalled that Jbrin recently said Tinubu remained the best choice despite his alleged health issues.