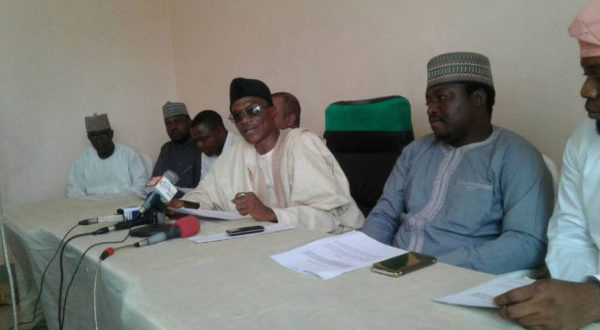 2023: We will work with southern group to produce a consensus candidate- Arewa Youths

The Arewa Youths Consultative Forum, AYCF, says it will be in concert with ethnic nationalities in the Southern part of the country with a view to producing a consensus candidate during the 2023 presidential election.

AYCF President-General, Yerima Shettima explained that the synergy was aimed at producing a competent and credible presidential candidate in 2023.

Speaking with newsmen, Shettima stated that youths across the country may not rely on the Peoples Democratic Party, PDP, and the All Progressives Congress, APC, in producing the consensus candidate

He made the remark while confirming that AYCF and Ohanaeze Youth Council, OYC, had agreed to work together in producing a consensus presidential candidate, ahead of the 2023 presidential elections.

According to Shettima: “We talked about consensus candidate but nowhere was it stated that the candidate will come from North, South or where ever.

“But we will agree with other ethnic nationalities as we intend to build a national platform where we will consider competence as our priority.

“There will be a synergy within ourselves to come up with a consensus candidate, then work for his emergence.

“We are considering forming a new political platform for youths of this country because there must be a political movement.

“We may not rely on PDP and APC or existing political party because we may likely form a new political movement that will bring about order in Nigeria where everybody will be treated equally, where tribal or religion can be the reason for us not to be together.

READ ALSO: Ajimobi’s aide shares last moments, makes revelations
“The fact is the unity of the country is being threatened and some of us still don’t believe in Nigeria so we are going to do everything within our reach to ensure unity and give the country a sense of direction where every citizen will be treated equally without minding where they come from.

“We will form a synergy with the older generation when it comes to the issue of advising and drawing from their wealth of wisdom but be rest assured that the present generation will take their destiny in their hands. This is one of the reasons we are going to form a national movement, we are currently consulting with our counterpart from the Southern part of the country