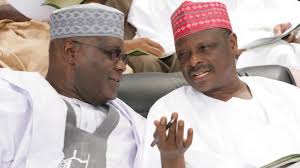 President Muhammadu Buhar’s aide in the aspect of Digital and New Media, Bashir Ahmad has reacted to reports news that People’s Democratic Party, PDP has zoned its National Chairman to North.

The post reads, “So the opposition party, PDP has zoned its national chairman to the North, this recent development may rule out the possibility of Alhaji Atiku Abubakar, Sen. Rabiu Musa Kwankwaso, Gov. Aminu Waziri Tambuwal and others from the region from running for president under the party in 2023.

Previous: Obiano should account for N75 Billion left by Peter Obi- PDP
Next: Ohanaeze Ndigbo to PDP: We won’t allow your offices to stand in the South East if you deny us presidential ticket