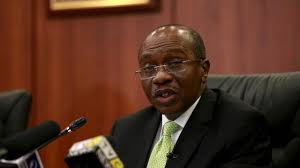 2023: Why Emefiele is the best person to succeed Buhari- Northern groups

A team of of 40 Northern youth groups, under the aegis of Unified Northern Nigeria Youths Forum, has said the Governor of Central Bank of Nigeria (CBN), Godwin Emefiele, has given an economy facelift to the North through his agricultural intervention.

The group said a professional such as Emefiele, who tsucceeded in the private sector before his appointment as the CBN governor is the best for the position of presidency

A leader of the group, Muhammad Danlami, at a stakeholders’ meeting in Bauchi, on Tuesday said: “We have tried many politicians in the past; what did they do to bring development in our region? Agriculture is our main occupation in the North, but this man has spent hugely on our farmers. We can see what is coming out from rice in Nigeria; see Kebbi, Katsina, Bauchi and others. They produce thousands of tonnes of rice.

“He has released billions of naira for local production of wheat, and Nigeria will soon become one of the major producers. We are saying if someone like Emefiele becomes the president of Nigeria, you can imagine the kind of development that will come.”

“Please note that Dr. Godwin Emefiele is fully accepted here in Bauchi State because of his numerous intervention programmes, including establishment of Nigeria Incentive-Based Risk Sharing System for Agricultural Lending (NIRSAL) North East Headquarters in Bauchi, making it easy for our teaming young entrepreneurs and small business owners to access loans and finance their businesses.

“Over 20,000 rice farmers have benefited from the CBN’s Anchor Borrowers Programme in Bauchi. Under Emefiele’s watch, CBN offered N5.7 billion loan to 10,000 Bauchi vegetable farmers. About 225,000 Bauchi farmers are benefiting from NIRSAL’s new field structure. Some 15,000 Bauchi wheat farmers benefited from CBN’s intervention. Thousands of Bauchi youths benefited from the COVID-19 loan, which enabled them to revive their businesses,” Anas said.

Previous: APC Crisis: Buni-led CECPC bounces back, sells chairmanship form N20m
Next: I rejected Tinubu’s offer to be my running mate in 2007- Atiku