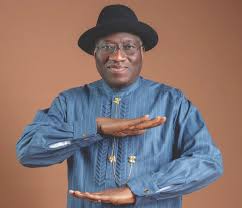 2023: “You are free to contest under our platform,” PDP tells Jonathan

The Peoples Democratic Party (PDP) on Thursday reacted to his purported plan to contest in the 2023 presidential election.

Speaking in a media parley in Abuja, PDP National Chairman, Uche Secondus said that the former President is free to contest for the presidency in 2023 under its platform.

He also said that the opposition party has not zoned the presidency to any region.

However, the party has insisted that the presidential ticket has not been zoned to any region of the country yet.

He added that  the leadership of the party has inaugurated a committee that would assess the performance of the party in the 2019 general elections.

He said: “I stand by my position that the Governor Bala-led committee is still working, they are coming out with a report on why we lost and by the time they finish, we will take decisions and the decision is not for the National Working Committee but for the entirety of our party.

“I believe that whoever is interested in the 2023 election, including the former President, the chances are there, because the PDP is a party of all.

“Everybody will have that opportunity but in clear terms, we have not taken any decision to give anybody the ticket for now

Previous: “Plan to impeach me politically motivated,”- Ojodu LCDA Chairman kicks
Next: Defection to APC: Umahi is indeed a man of heart of lion- Presidency