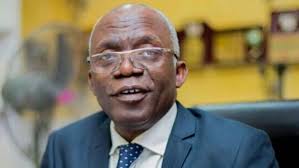 Renowned legal practitioner , Femi Falana has berated the All Progressives Congress, APC, over its N100 million for Presidential nomination form, stressing that politics is now for money bags.

According to the social critic, it’s immoral and illegal for the APC to peg its Presidential nomination form at N100 million at the same period workers are collecting N30, 000 monthly as minimum wage.

He noted that it was in illegal for the APC and the PDP to fix such prices for their presidential nomination forms, stressing that such outrageous fees were against the constitution

He said: “Those outrageous nomination fees are immoral, insensitive, and illegal.

“If these parties are saying they want to exclude unserious people, that if you cannot mobilise N100 million or N40 million, you cannot attain some positions in your country, that is discriminatory and illegal.

“You are now saying that the politics of the country is for moneybags or fat cats.

“The immorality of it is that we have over 90 million Nigerians that have been classified poor. In a country where the minimum wage is about N30,000 and it is not paid by some States, you can’t say you are collecting N100 million or N40 million to purchase a form.”