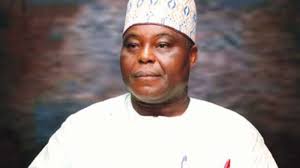 The camp of Atiku Abubakar has said that the Peoples Democratic Party (PDP) 2023 zoning arrangement would not be against the former Vice President.

This remark was made by Atiku’s political buddy,  Raymond Dokpesi while to reporters on Monday at the party’s national secretariat in Abuja.

The media mogul submitted the Wazirin Adamawa’s expression of interest and nomination forms for the presidential contest.

Noting that Atiku had nothing against zoning, he said ” By the special grace of God, when we get to the bridge, we will cross it.”

Reacting to the alleged internal crisis over the matter, he said he was not aware of any problem.

“No crisis whatsoever. PDP is one big family, we shall all be together as brothers and sisters.

“We have nothing against whatever the party will decide, but the zoning will not be against us,” he said.

It should be noted that the team on the arrangement is expected to submit its report this week.

During the inauguration, National Chairman Iyorchia Ayu stated that zoning would be respected.