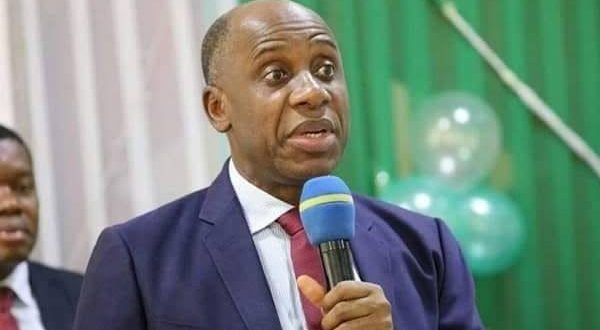 2023:Presidency: I am more qualified than Tinubu, others- Amaechi

Ex-Governor of Rivers State and Minister of Transportation, Chibuike Amaechi has said he is more qualified to hold the office of the President come 2023.

Speaking, Amaechi, who is running on the platform of the APC said he has better credentials than all the politicians who have shown interest to run for the presidency.

Speaking in Ile Ife, at the Palace of Ooni of Ife, Oba Adeyeye Enitan Ogunwusi, when he, the Minister, paid him a consultation visit on Monday, Amaechi said his precedence and performance in governance, his physical and mental fitness qualified him to manage the country.

He said, “If you look at my history, among all of us in APC, including PDP, with all due respect to them, I happen to be one with more precedence. 8 years as Speaker, 8 years as Governor, 7 years as Minister, the first Director General of a campaign to lead a fight of the removal of a government in power.

“With that experience comes the fact that the greatest and the most difficult thing for anybody in government is to lead among equals. If you don’t lead properly, they’ll remove you.

“I’ve led my equals twice, as Chairman of the Conference of Speakers and as Chairman of Governors’ Forum, which was very turbulent when there was a sharp disagreement between the governors and the then President. So, I’m experienced enough to manage the country at this difficult time.

Previous: 2023: 53 Commissioners, many aides resign in states
Next: 2023 Presidency: Igbos are the problems of themselves- Apostle Suleiman