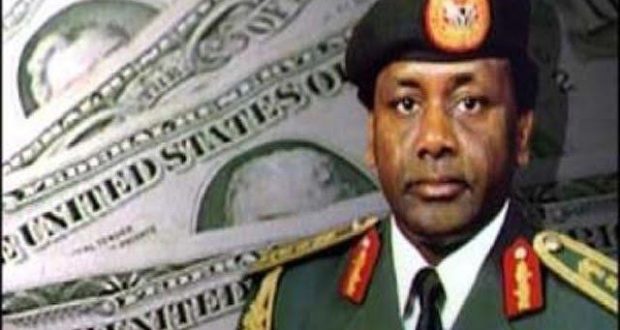 $311m Abacha Loot: PDP not happy because they won’t ‘share’ it as usual- APC

The All Progressives Congress (APC) says the opposition, Peoples Democratic Party’s is sad  that $311 million Abacha loot wasn’t returned when they were in power.

According to APC, PDP is unable to stamp out corruption from its DNA, adding that until the party has the courage to burn its corruption handbook to ashes, it would be difficult for it not to hallucinate over public funds.

Lanre Issa-Onilu, APC National Publicity Secretary, said this in a statement on Wednesday,

He noted that PDP personifies corruption in deeds and preferred sharing public funds amongst the ruling class.

“For the avoidance of doubt, the Federal Government on Monday confirmed the receipt of some $311million, stolen from Nigeria during the military regime of Gen. Sani Abacha and repatriated from the United States and the Bailiwick of Jersey.

“This administration similarly recovered $322 million from Switzerland in 2018, as part of monies stolen by Abacha which has been transparently and judiciously deployed in the funding of social investment programmes, including the free school feeding scheme, stipends for millions of disadvantaged citizens, and grain grants for those in severe food hardship as specified in the agreement signed with the Switzerland and the World Bank.”

APC refers the PDP to the 2020 Asset Return Agreement which requires the fund to be transferred to a Central Bank of Nigeria (CBN) Asset Recovery designated account and which would then be paid to the National Sovereign Investment Authority (NSIA) designated as the project management and execution authority within the next fourteen days.

It added that the Buhari administration has committed itself that the assets will be invested in expediting the construction of major infrastructure projects across Nigeria, namely: Lagos – Ibadan Expressway; Abuja – Kaduna-Kano Expressway and the Second Niger Bridge as well as the Mambilla Power Project.

“When the PDP administration under President Olusegun Obasanjo left office on 29 May 2007, the government had recouped $2 billion, including the $825million previously retrieved by General Abdulsalami Abubakar. Switzerland and Bailiwick of Jersey also repatriated $149 million in November 2003 and £22.5 million in June 2011.”

The statement added that it is clear that the US, UK and other countries holding looted funds and assets have now found a trusted government led by President Buhari to return stolen assets and it is our collective pride as a country to regain the trust of the international community