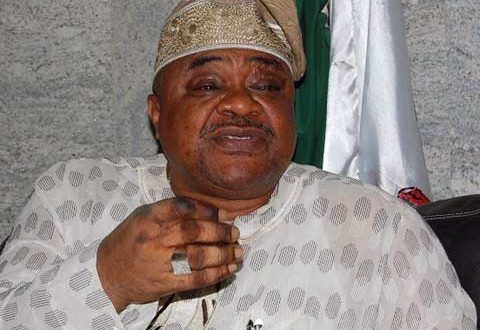 Decamping,the movement of politicians from one party to another is here, when many forge new alliances towards the next general election.

Next to take this leap, could be former Oyo state governor, Adebayo Alao-Akala.

He is expected to come alongside other prominent politicians in the state, who will on Saturday lead their supporters from the People”s Democratic Party (PDP) to the All Progressives Congress (APC).

Others are former Senate leader, Teslim Folarin; a former Secretary to the Oyo State Government (SSG), Ayodele Adigun and a member of the House of Representatives, Segun Odebunmi.

The Oyo state chapter of the APC said in a statement issued by its public relations officer, Olawale Sadare, that some of the bigwigs who had joined its fold since last year and a whole lot of others just coming in would be unveiled at a rally at the Napoleon Hall, Ibadan, on Saturday.

Previous: Dickson visits Dokpesi on fence-mending mission, seeks focus on 2019
Next: Buhari concerned about 2019, not about Nigeria’s future – Ezekwesili