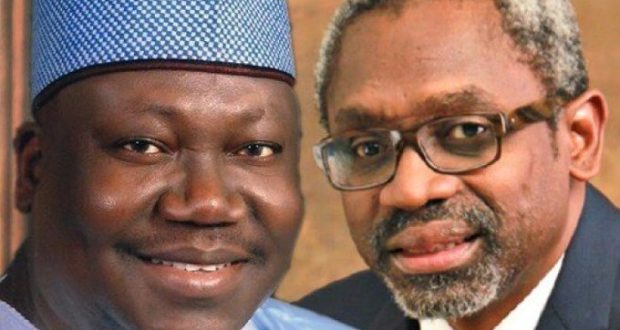 The Chairman, House of Representatives ad hoc Committee on Media, Rep. Khadijat Waziri (APC-Yobe), has vowed that the 9th Assembly “will not in any way be a rubber stamp” for the Executive

In an interview with newsmen in Abuja, Waziri said that the legislative arm would apply the principle of checks and balances without necessarily combating the executive.

She said that both arms were partners in progress and would collaborate to put Nigeria in the rightful position in the league of developed nations.

Waziri said that leadership of the House emerged as a result of the efforts of the “joint task” made up of all the opposition parties and the ruling All Progressives Congress (APC).

She said members were and ready to support the speaker and work for the development of the country.

Also, Rep. Bamidele Salami (PDP-Osun), said that the assembly was ready to fully resume legislative activities, saying that the chamber was ready and that allocation of offices was almost over.

He said that the “welcome package” for members was in the process of being paid and that the newly elected legislators were ready to work.

The lawmaker said that all the ad hoc committees were all most done with their respective assignments and that the July 2 resumption date was not threatened at all.

Bamidele said that legislative agenda for the House was not ready as the Speaker, Rep. Femi Gbajabiamila (APC-Lagos) wanted input from every stakeholder.

He described Gbajabiamila as “a gentle leader who wanted to carry everybody along and not impose his ideas on members.”

The lawmaker explained that when the speaker said in his inaugural speech that things would be done differently and that he would shake some tables, he meant reforms that would boost the performance of the House for the good of Nigeria.

Reacting to the position of a group of lawmakers known as G-70, planning to challenge the election of Gbajabiamila in court, Rep. Abubakar Unisa (APC-Jigawa), said that members were engaging the group to sheath its swords.

He said that in any democratic elections, the majority would have their way while the minority will have their say.

Unisa, however, said that it was the duty of the winner to extend the olive branch to the loser in an election.

He said that the major opposition, the Peoples Democratic Party (PDP) was preparing to pay a courtesy call on the speaker for discussions on the interests of all Nigerians and for nation building.

Previous: Edo lawmaker-elect backed by Oshiomhole suspended
Next: The future of Osun is safe under Oyetola, APC assures