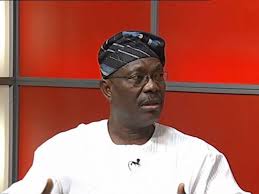 Lagos Chapter of the Peoples Democratic Party (PDP) has a new leader.

And the elected Chairman is Moshood Salvador.

Salvador and other Executives of the Lagos PDP were elected at a closed-door congress held at the King Seliat Hotel, Jibowu, Yaba.

The list of the new Executives was made know by the state Publicity Secretary, Taofik Gani.

Gani said that all the state officers emerged by consensus of party leaders.

Gani said that members of the state Congress Committee met with leaders of the party in the state and arrived at the consensus.

He said that the five-member Committee was headed by Dubem Onyia.

According to Gani, notable leaders at the congress include Adeseye Ogunlewe, Kofo Bucknor-Akerele, Tunji Shelle,  Jimi Agbaje and Segun Adewale.

He said that the others included PDP House of Representatives members from the state and the only PDP member of the Lagos Assembly.

“By this consensus, we have concluded our state congress, and in the absence of any appeal resorting to any cancellation, the state PDP Executive is set up with official powers to manage the party,’’ he said.

Previous: Buhari should have stopped Atiku from leaving APC – Uzor-Kalu
Next: Atiku to reconcile with Obasanjo ahead 2019