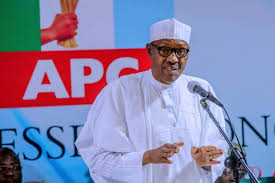 The Peoples Democratic Party (PDP) has said that the abduction of about 600 students from the Government Science Secondary School in Kankara Local Government Area of Katsina State shows that President Mohammadu Buhari is not capable to secure Nigerians.

Recall that some daredevil gunmen stormed  GSS in Kankara and kidnapped no fewer than 600 students.

He added that people are calling for his resignation because of his incapability to secure Nigerians.

Ologbondiyan said: “Our party holds as perplexing that at a time the people of Katsina should have heaved a sigh of relief because of his presence, the abduction happened right under Mr. President’s nose; in his home state, where he had gone holidaying.

“This development has further exposed the failure of President Buhari to manage high level security intelligence that ought to accompany a presidential visit.”

“The time of the attack buttresses the fact that President Buhari, as the commander-in-chief, is totally incapable of securing our nation; the very reason there have been widespread calls by patriotic Nigerians that he should resign,” he added.