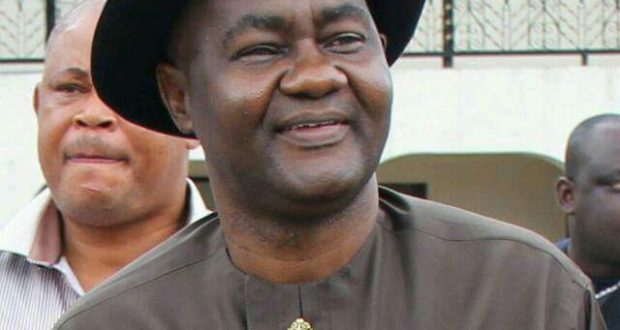 Abe: I will boycott APC Governorship Primaries if…

Magnus Abe, an All Progressives Congress, APC, Governorship Aspirant in Rivers, has threatened to boycott the forthcoming Governorship Primaries if his party fails to adopt the Direct Primary system in the state.

Abe gave the threat when his faction of the APC held a rally in Wiyakara, Khana Local Government Area of Rivers on Thursday.

He said that he would neither participate in the Governorship Primary nor accept the result if eventually the Indirect Primary was upheld in the state.

Abe, who is also the Senator representing Rivers South-East Senatorial District and leader of the party in the zone, said that the party was planning to deviate from an initial order by its National Executive Committee (NEC).

He said that NEC had in a meeting convened by the National Chairman of the party, ordered that Rivers and other states with intra-party issues should adopt the Direct Primaries mode to enable every member participate in the process.

“The National Chairman of our party had earlier said that there will be Direct Primaries in all the states that are having intra-party issues that could make the outcome of the primary legally contestable and he cited Rivers as his first example.

“But as soon as Rotimi Amaechi, the Transportation Minister, was reappointed as Director General of the President’s Campaign Organisation, everything changed and I’m not going to accept this sudden drift,” he said.

Abe urged the National Working Committee of the party to uphold the party’s change ideology by standing for truth at all times, adding that the country would continue to suffer setback if equity, justice and fairplay were neglected.

“I’m the leader of this great party in this zone, yet in spite of our out cries I and the leaders from other zones like Wilson Ake of Rivers West and Alwell Nyeso of Rivers East were completely sidelined when the present State Exco was constituted.

“Today none of us produced even a Ward Chairman or Ex-Officio of our Wards in the present State Exco, this is an injustice and is unacceptable,” Abe said.

In the same vain, Wogu Boms, Director-General of  Abe’s Campaign Organisation thanked members for their resilience and urged them to continue to support Abe in his quest to pursue justice for the group.

He urged them to present themselves for the Governorship Primaries as the group looked forward to engaging in the Direct mode of Primary.

In a goodwill massage, an elder statesman, Nabs Sara-Igbe urged the National Working Committee of the party to approve the Direct Primaries system for Rivers to protect the interest of the majority in their choice of who flies the party’s flag.

Previous: APC shifts date of Governorship Primaries from September 29 to 30
Next: Osun Governorship Poll: I will use both physical and legal means to upturn results in my favour, Adeleke vows