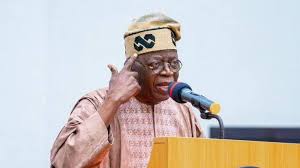 The Action Peoples Party (APP) has vowed to sue the presidential candidate of the All Progressives Congress (APC), Asiwaju Bola Ahmed Tinubu, to challenge his academic qualifications to stand for the 2023 presidential election.

There have been widespread allegations from many quarters alleging irregularities in the academic documents  he submitted the Independent National Electoral Commission (INEC).

Speaking, APP Chairman, Uche Nnadi, said that the party has enough facts to prove its case.

He added that INEC publication of the list of candidates for 2023 elections shows that Tinubu is not eligible to contest as his forms allegedly contain false information.

“Tinubu commits perjury as he abandons his earlier claim of attending primary school, sworn in an affidavit to run for governor but now claims not to have attended primary school.

“Tinubu’s new forms contradict his 2007 affidavit that he has primary school and secondary.