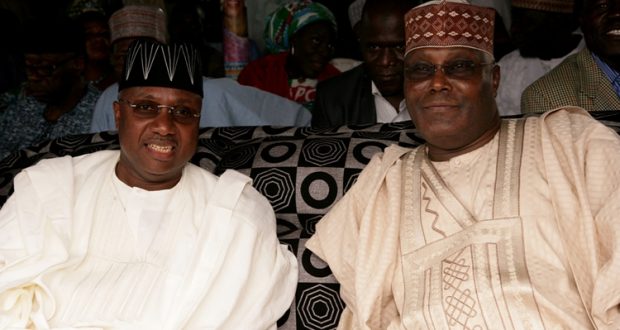 The defection is said ton have crippled the activities of the state government.

Others are Alhaji Daware, Commissioner for Commerce and Trade and Ahmadu Waziri, Agriculture Commissioner.

With the exodus from the APC, this means over half of the cabinet might have effectively pulled out of the state government.

What is not yet known is whether Bindow and his deputy, Martins  Babale, would also eventually move out of the party.

This pitted most APC stakeholders against the governor as they accused him of being loyal to Atiku.

The state chairman of the APC, Ibrahim Bilal, had, while endorsing President Muhammadu Buhari for the 2019 presidential race, asked party members to get in line or opt out as the APC was interested in keeping a united front.

The call to shape up or ship out by Bilal did not go down well with most state government officials, who allegedly were loyal to Atiku.

The Commissioner of Land and Survey,Yayaji Mijinyawa, confirmed the movement out of the party, yesterday.

Mijinyawa said he was loyal, like others, to the former vice-president.

“Waziri Atiku is our leader. Our associations with him goes back a long while. It would be childish for anybody to think we would go against him.

“Even if some of us are deserting the Waziri now, due to the pressure of office, definitely, you don’t expect his own daughter,  Fatima, to desert him and remember, Waziri funded the campaign of this party in 2015, his funds brought this government  to power.”

Shehu said Atiku’s pull out of the APC will ground the party in the North-East.