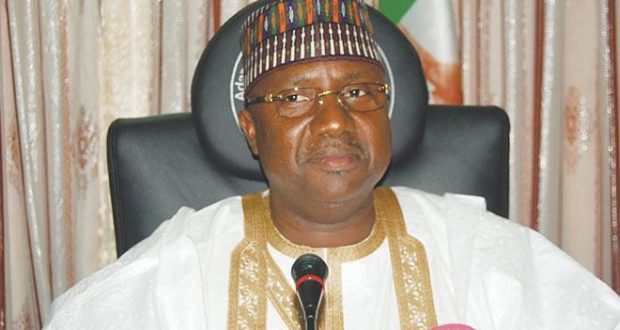 Adamawa governor rules out plan of dumping APC, says ‘i am not going Atiku’s way’

Adamawa Governor, Jibrilla Bindow has said he has no plans to follow former Vice President, Atiku Abubakar out of the ruling All Progressives Congress (APC).

According to Bindow, his relationship with Atiku would remain cordial and mutually beneficial for the foreseeable future.

Adamawa State Commissioner for Information, Ahmed Sajoh, disclosed this to reporters on Saturday.

“The governor was elected under the banner of APC and will continue to remain as APC Governor,” Sanjoh said.

Sajoh said the APC National Leadership, which has reportedly been unsettled by Atiku’s exit on Friday, should exercise no fear or apprehension.

The former Vice President cited poor governance and the party’s shortcomings for his resignation from the ruling party.

Atiku did not immediately say which party he’ll move to next, but suggestions are rife that he had concluded plans to join the PDP, which has been openly courting him in recent months.

Previous: I’m on a mission in APC – Obanikoro
Next: Governors who endorsed Buhari for a second term did so for selfish interest – Sani