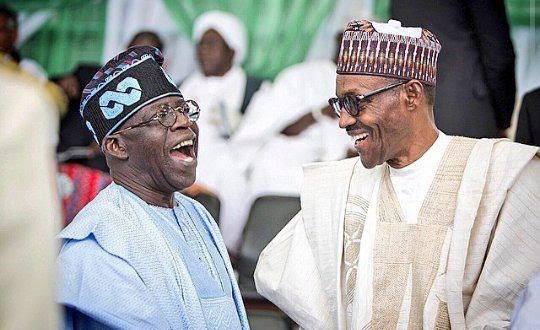 ADC Chieftain to Tinubu: Northerners just using you, they won’t hand over power to you

Obadiah Mailafia, a former deputy governor of the Central Bank of Nigeria, says Bola Tinubu, All Progressives Congress (APC) National Leader is just deceiving himself by believing that northern politicians will hand over power to him in 2023.

Mailafia, who was also a candidate of the African Democratic Congress in the 2019 presidential election, told Punch in an interview.

According to him, he must have misjudged the political ambition of northern leaders before forging a collaboration.

He said: “Yes, I have my reasons for saying that Jagaban Borgu is rather naïve. He seems not to understand the kind of political animals he is dealing with.

“He doesn’t realize that the game-plan is to exploit to the fullest his political and financial capital and to forebear with him until such a time as they are in a position to run him aground. He is the last to know that the North will never hand over power to him.

“The ancient Yoruba civilization is anchored on monarchical republicanism. The Oyo Mesi constitutional council of yesteryears could demand that an Oba commit suicide if he fell below the people’s expectations. Loyalty, respect, honour, and principles are the defining features of Yoruba leadership traditions.

“The northern power system, by contrast, is rooted in feudalism, taqiyya, and dissimulation. In the name of friendship, they will hand over to you a colourful long rope and you will happily go to the gallows singing their praise!

Tinubu has, of course, a legitimate right to aspire to the high magistracy of our federal republic. He has paid his dues. But his best bet is to realign with the Middle Belt and the South. The North will not relinquish power any time soon.”

Speaking further on why he thought northern leaders would not relinquish power easily, he said the region had a different idea about the nation.

“They operate a different cosmological worldview and mindset from the rest of us. They are trying to remake our country in the image of the Caliphate,” he claimed.

“They willingly sacrifice social progress at the altar of ambition, in the Machiavellian understanding that hungry, desperate people at point zero would be too broken to ever raise their miserable heads.

“They have installed their people in all the key security and strategic departments of government. Meanwhile, they are implicitly allowing murderous hordes from neighbouring countries to come and take over our ancestral lands by force of arms.

“And they are ruthlessly imposing total hegemony over culture, mass media, public administration and the commanding heights of the economy. They govern by fear and are willing to deploy the cloven hoofs of history to plunge our country into another civil war.

“Trust me, I am not an alarmist. I have been a faithful student of political theory from Plato to NATO. But we can never be afraid of them because they can only kill the body. Rather, we should be afraid of the ‘one’ who can kill both the body and the spirit.

“We know that they will surely fail because our God is a consuming fire. Bola Tinubu understands this evil agenda, but it seems he is willing to sacrifice the destiny of his people at the altar of personal ambition.”