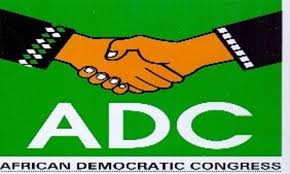 ADC to Nigerians: You are stagnant because you vote political parties instead of competence

The Governorship candidate of the African Democratic Congress, ADC, Akwa Ibom State, Ezekiel Nya-Etok has advised Nigerians not to consider political party or zone while voting.

According to him, they should consider a candidate who has the capacity to turn around the fortunes of Nigeria.

Speaking, he said that he is surprising that people still vote party instead of the credibility of a candidate and what the person will offer to the people in terms of governance

He said that voting for party has made people remain where they are.

According to him, “we are where we are today because of our insincerity, we know that someone does not have the capacity to solve our problem, yet we still want to vote for the person because of the political party. Governance is not rocket science.

“Zoning is one of the biggest evils and deterrent of progress, zoning has never helped us. All the three Senatorial districts of Uyo, Ikot Ekpene, and Eket in Akwa Ibom have produced a governor. Time has come when we should not be saying it must be this zone, whosoever that will change the fortunes of the people should be considered”