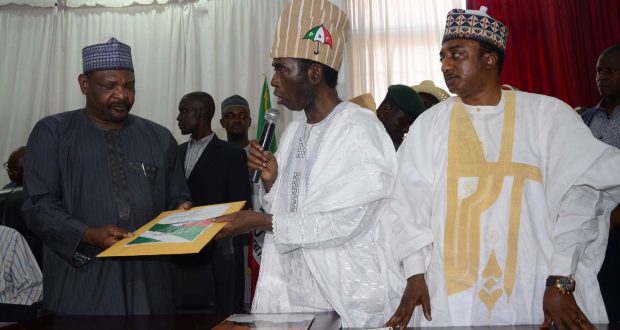 Campaigning has started for those who seek to steer the affairs of Nigeria’s main opposition party, the Peoples Democratic Party (PDP),

One of them,Tunde Adeniran visited Gombe where he promised to re-position the party to ensure its victory in 2019 general elections, if elected.

Adeniran made the promise in an interview with journalists shortly after meeting with delegates of the party in the state.

He said that the he visited Gombe to interact with the delegates on the forthcoming National convention scheduled for December 9 in Abuja.

According to him, his visit is also to give them the chance to make intelligent choice during convention, based on facts and figures, what they had seen and what they were expecting.

“We intend to re-position the party for the good of the party and mobilise it to win power in 2019 general elections.

‘’We are praying and working that by the grace of God, in 2019, we will win more states than any other party and the Presidency,” he said.

Previous: Anambra: Nothing short of a free and fair election would appeal to us – PDP
Next: Anambra poll: No official of NSCDC is expected to behave funny – Muhammadu