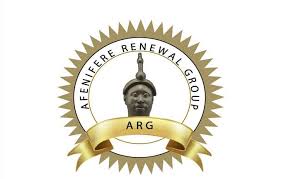 A Yoruba socio-political organisation, Afenifere, has rubbished claims in some quarters that the North has four more years after President Muhammadu Buhari’s tenure.

Reacting to the claim, Afenifere’s spokesman, Jare Ajayi, described it as illogic, saying that such cannot stand the test of time.

While speaking in a statement, he said that the North has ruled Nigeria more than any other region.

According to Ajayi, it would be fair that other parts of the country are allowed to produce a president.

According to Ajayi: “It’s interesting that the Northern youths can make such a remark but let me make it clear that we in Afenifere believe in merit and the fact that whoever holds any political office in Nigeria should be fair, just, and govern well.

“Where this occurs, people won’t mind that much as to where the leader comes from but in Nigeria, it’s always a case of the people from the region or area where the man in charge comes from who benefit more.

“That is why it’s always a thing of it’s our turn; if unfortunately, that has not changed, it then means that such must continue.

“It’s only fair that if power resides in a particular region for eight years, it should shift to another region. Well, one can understand the sentiment expressed by the Northern youths that they still have four years.

“But if you take it from 1960 when Nigeria gained independence till now, the number of times that people of Northern extraction have been in power is much more than that of the South.

“The sentiment expressed by the Northern youths is illogic and from historical facts of Nigeria, it can’t stand the test of time because the North has ruled more than the South.”