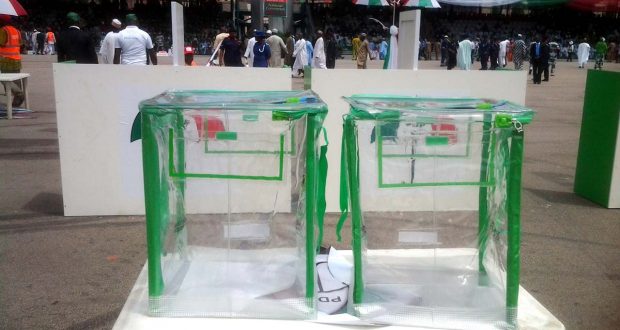 Adamawa, one of the seven states where the Peoples Democratic Party(PDP) dissolved their Executives and appointed Caretaker Committees to conduct fresh Congresses at all levels, may stay longer without new officers.

An aggrieved group sought and obtained a restraining order from an Abuja Federal High Court for the Congress not to hold on Saturday, November 4.

The spokesman for the aggrieved members and governorship aspirant of the party, Umar Ardo disclosed this on Friday in Yola.

Ardo said they went to court and had resolved to boycott the Congress in protest of the conduct of last week’s ward and local government Congresses by the state Caretaker Committee.

He claimed that the Caretaker Committee did not conduct the Congresses in line with the party’s Constitution.
According to him, they had complained to the Congress Appeal Committee on the shoddy way the Congresses were conducted in 10 local government areas.

“We petitioned the Congress appeal committee and the committee did not do justice to it. The only thing they did was to call for harmonisation in Sheleng local government and then canceled that of Demsa and Michika local governments where the impunity was too glaring.

“So we are left with no option than to approach the court and we got this court order and served on them.”

Also speaking, the only PDP lawmaker in the state House of Assembly, Lusambani Dilli, who is representing Demsa Constituency, said the party needed to do the right thing in Adamawa by addressing the lopsided Congresses.
“Demsa my local government was shortchanged. The party needs to listen to us.

Reacting to the development, the Secretary of the Caretaker Committee, Gebon Kataps, denied the allegations.

Kataps said that the Committee had been warned of such attempt by some people to always frustrate the party in Adamawa.

He assured that the November 4 Congress would go ahead as the Committee did not get any court injunction nor was it communicated to from the party headquarters of such injunction.