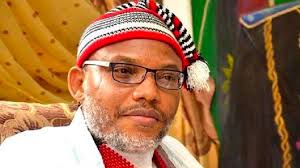 A chieftain of the Ohanaeze Ndigbo socio-political organization, Chuks Ibegbu, has dismissed the claim that the Biafra agitation of the Indigenous People of Biafra, IPOB, has affected Igbos’ pursuit to produce Nigeria’s next President.

According to him, the agitation by Kanu and IPOB should push Nigerians into allowing the Igbos to produce Nigeria’s President.

Speaking exclusively with newsmen, Ibegbu pointed out that the other regions have produced Nigeria’s President despite their security challenges; hence Igbos should be allowed to rule the country in spite of Kanu and IPOB’s agitation.

According to Ibegbu: “Obasanjo became President because of June 12 debacle, Yorubas were beneficiaries of June 12 saga. The OPC, Gani Adams, and the agitation for the Oduduwa Republic on the eve of June 12 made the North support Obasanjo; he did not even win his polling booth.

“Come to the North, a lot of foreign hoodlums and criminals were imported into Nigeria to ensure that Jonathan’s regime was abrogated; even the Governor of Kaduna confessed that foreign elements were imported for a purpose and these foreign elements are responsible for these insecurities. These were what led to the emergence of Buhari as President.

“Boko Haram was demanding for the Islamic Republic, so what has Nnamdi Kanu done that is different from what others did. Remember that Kanu was non-violent until the Nigerian security started killing them; there were massacres across Igboland.

“Don’t forget that Nnamdi Kanu and his group were very peaceful; before him was Uwazuruike, who was very peaceful in their “agitation, but the Nigerian security that is largely untrained started killing them.

“So, if Nigeria is a nation that wants to move forward, this could have been the best time to prove to the world that they want to build an inclusive nation. Nnamdi Kanu’s agitation should have catapulted them and made it very easy and necessary for the Igbos to have the Presidency for eight years. So, to say that Nnamdi Kanu made it impossible is not true.

“The sinister ways of doing things in Nigeria and the conspiracy that has not allowed Nigeria to progress is what caused it and not Nnamdi Kanu.”

Previous: Fielding a northern presidential candidate will spell doom for Nigeria- HURIWA warns APC
Next: Facts emerge on how Tambuwal steps down for Atiku