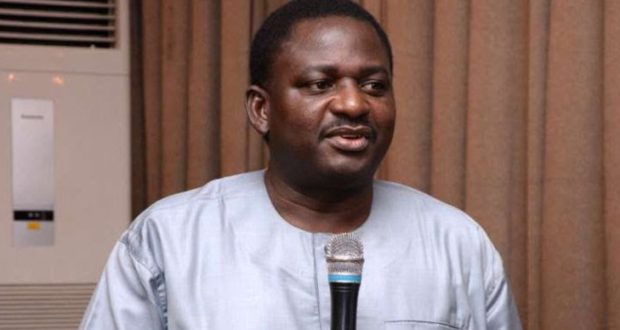 Aisha Buhari vs Garba Shehu: I have no business with what happens in Buhari’s family- Femi Adesina

Senior presidential spokesman, Femi Adesina has refused to comment on the allegations raised by Aisha Buhari on Wednesday.

Buhari’s wife had accused Shehu of “crossing his boundaries”, and interfering in her family matters.

She said the presidential spokesman had been in the middle of some of the controversies that rocked her family of recent.

Asked to comment on the matter during a phone-in programme a TV programme, Adesina said any clarification on the matter should be directed at Shehu and not him, The Cable reports.

“I heard you quoting earlier from what the first lady said, and in all that you have said, she referred to somebody. There are two of us who speak for the president, Garba Shehu was the one she was referring to,” he said.

”Therefore, if you will get clarification on that matter, it is only fit and proper and just that you will be seeking it from Garba Shehu. These kind of clarifications, you don’t get by proxy, but from the horse’s mouth.”

He added that family matters were off limits among the duties of presidential spokespersons, adding that they have no business with issues within Buhari’s family.

“Family matters are off-limits; they are off-limits to spokesmen. We don’t talk about it because that is not what we have been hired to do,” he said.

“That is not why we were invited to government. If the president would want us to say anything about his family, then it will be a specific instruction.

“Otherwise, family is off limits and you see that I don’t touch it.”