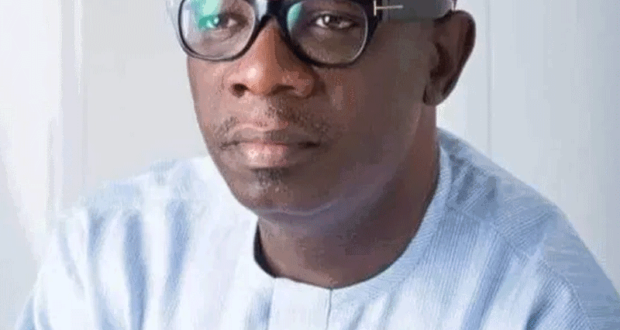 “Akeredolu planning to impeach me,” dep gov Ajayi cries out

Ondo Deputy Governor Agboola Ajayi has cried out, accusing the state Governor Oluwarotimi Akeredolu of planning to impeach him.

According to the embattled Deputy Governor, the ‘illegal’ impeachment would be carried out through financial inducement of members of Ondo Assembly to the tune of N10m each.

Speaking through his Chief Press Secretary, Babatope Okeowo, Ajayi alleged the Assembly complex has been besieged by men of the Nigeria Police while lawmakers that do not comply were prevented from entering the complex.

According to the statement: “We wish to state that the deputy governor is a tested politician of note, who is not unprepared for this type of kangaroo and infamous move from the desperate and drowning governor of Ondo State, Arakunrin Rotimi Akeredolu and his group.

“By joining People’s Democratic Party (PDP), Agboola Ajayi has not committed any impeachable offence. He has only exercised his constitutional right of freedom of association. Section 40 of the Constitution of the Federal Republic of Nigeria 1999 (as amended) provides as follows:

“Every person shall be entitled to assemble freely and associate with other persons, and in particular, he may form or belong to any political party, trade union or any association for the protection of his interests.

“For the avoidance of doubt, we state unequivocally that the Governor and his allies do not have and cannot muster the requisite majority in the House of Assembly for the removal of the Deputy Governor under the Constitution of the Federal Republic of Nigeria 1999 in any free, fair and transparent process.

“We remain undaunted in the move to throw off the combined weight of those kneeling on the neck of Ondo State. Our state shall not be allowed to suffocate. At the appropriate time, the people of Ondo State shall decide the right person, who will serve as the arrowhead of the bid to save the state from the nepotistic clique kneeling on her neck.”

Meanwhile, the Deputy Governor has directed all his sacked aides to resume duties in private capacity as his personal aides.

He advised them to return all government properties in their possession to the appropriate quarters within 24 hours.

Reacting, Ondo Commissioner for Information and Orientation, Donald Ojogo described the allegation as the height of perfidy and another pernicious warp from an intellectually challenged and treacherous personality.

“Knowledge cannot be procured, but only be acquired. For anyone to aver that lawmakers have been financially induced is a gross display of emptiness.