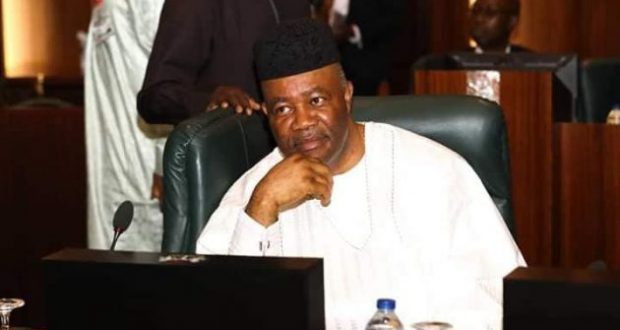 The lingering cold war  between the Minister of Niger Delta Affairs, Godswill Akpabio, and some serving senators may soon be over as both parties held a secret meeting behind closed doors to resolve their differences recently.

Akpabio, Alasoadura and some top civil servants were in the Senate to defend the 2021 budget of the ministry.

Our correspondent observed that Nwaoboshi, who chaired the budget defence session, wore a straight face, which led to the panel members, who observed the development, to excuse journalists from the hall, citing the need to observe COVID-19 protocols.

It was learnt that the tension that enveloped the meeting did not relax, despite the absence of journalists, because some panel members were said to have vehemently faulted the ministry’s budget proposals.

No sooner had the meeting ended than both parties relocated to the office of the chairman of the panel.

Journalists lurked around the venue for more than one hour, expecting either Akpabio or Nwaoboshi to address them after the meeting.

Nwaoboshi stormed out of his office barely 20 minutes after the meeting started, wearing a straight face, and returned 10 minutes later with a document in his hand. He refused to acknowledge the journalists on his way back to his office.

The meeting invariably ended after about one hour with Nwaoboshi storming out of the office, leaving his guests behind. He hurriedly left the arena without uttering a word, even when journalists rushed towards him for an interview.

Akpabio, who emerged from the office after about three minutes, engaged in a deep discussion with Alasoadura and the two top civil servants.

The minister also rebuffed attempts by journalists to ask questions.

A member of the panel, who spoke with our correspondent on condition of anonymity because of the sensitive nature of the issue, said the secret meeting was part of efforts to resolve the differences between Akpabio and some members of the National Assembly.

He said, “We have been receiving appeals from eminent Nigerians seeking an early resolution of the faceoff between the senators and Akpabio over his allegations that some of our colleagues are involved in contract scams.”

Repeated calls made to Nwaoboshi’s phone by our correspondent were not responded to on Friday.

He had also not replied a text message sent to him as of the time of filing this report.

Akpabio had, in a letter to the Speaker, House of Representatives, Femi Gbajabiamila, on July 23, linked Peter Nwaoboshi, Mathew Urhoghide, James Manager and Sam Anyanwu, to the contracts awarded by the Niger Delta Development Commission in 2018.

He had alleged in the document attached to the letter that most of the contracts awarded to the lawmakers were not properly executed.

All the federal lawmakers he mentioned, however, denied being beneficiaries of any contract from the NDDC, Punch reports.