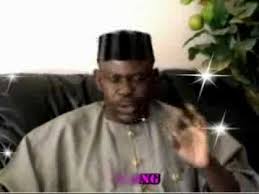 Akwa-Ibom APC Crisis: Nobody can suspend me from the ruling party- Ewang

Ex-Military Governor of Ogun and Rivers States, Group Capt. Sam Ewang has said that nobody can suspend him from his party, the All Progressives Congress, (APC).

The statement tagged, “An Annexure to SEC/SWC Resolutions of Wednesday, September 15, 2021” said Ewang and 87 litigants who are currently in court violated article 21 section D and Subsection (v) of the party’s constitution ( October 2014 as amended).

Reacting ,Ewang  said his purported suspension is an ‘act of impossibility.’

He added that, those behind it are people who have been dismissed from the party and they stand dismissed.

“Whoever mentioned anybody being sacked or suspended is a mad man. Just tell them that I said the person is a mad man. Of course you know that is not a possibility.

Speaking on the statement circulating online, Ewang said ” I am not interested in whatever is trending. They are just struggling to see if they can survive. They have been dismissed and they’re dismissed from the party.”

Previous: Why some APC leaders are not happy with red-carpet reception given to Fani-Kayode- DG PGF
Next: Defection claim tears PDP apart in Imo State