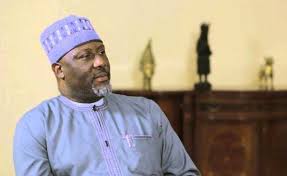 As a statement made by Bishop Matthew Kukah of Sokoto Diocese, continues to generate reactions, former Senator representing Kogi West, has warned President Muhammadu Buhari not to arrest the Bishop

It will be recalled that on his Christmas message, Kukah had accused President Buhari of running a government of crass nepotism, which he described as the worst in the history of Nigeria.

The controversial Christmas message delivered by the cleric was titled, “A Nation in Search of Vindication” .

He claimed that coup would have taken place in the country if a non-Nothern Muslim became president and does some of the things Buhari had done.

Reacting to the statement Melaye in a Tweet warned Buhari against arresting Bishop Kukah..

“Arrest or try to embarass Bishop Kukah and we will prove to you that Government is not owned by you but the people.

“They want to scare every body. Kill fear and speak the truth to power,” he wrote