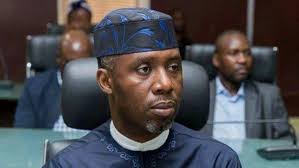 Ex-governorship candidate of the Action Alliance (AA) in Imo State, Uche Nwosu has backed the allegation by the state governor, Hope Uzodinma that senior Staff of the Independent National Electoral Commission (NEC) serving in the Southeast are all card carrying members of the People’s Democratic Party (PDP).

Confirming the allegation, Nwosu disclosed that he was a victim of the partisanship of the INEC Staff during the 2019 governorship election, The Cable reports.

The Imo governor had alleged that all the INEC senior Staff serving in the Southeast are card-carrying members of the PDP .

According to Nwosu, senior Staff of the Commission in the state, led by the Resident Electoral Commissioner, Prof Francis Ezeonu, allegedly manipulated the election in favour of the PDP candidate.

He noted that due to his level of partisanship, the REC colluded with the Returning Officer, Prof. Francis Otunta to announce the PDP candidate, Emeka Ihedioha as the winner of the election even when it was glaringly clear that he did not meet the constitutional requirements to be declared winner.

In his words, “INEC senior Staff in the Southeast are truly partisan. They belong to the PDP and that informs what happened in the Imo State governorship election.

“The REC (Ezeonu), compromised the process so that they can return the PDP candidate. To ensure credible elections in the Southeast, the Commission should redeploy the senior Staff serving in the zone”.

He continued that, “the 2019 Imo State governorship election was one of the biggest fraud perpetrated by Staff of the Commission. Few hours before the election for instance, the REC swapped the trained adhoc Staff for the election with those he handpicked from Nnamdi Azikiwe University in Anambra State, majority of them were from Mbaise where the PDP candidate came from.

“That was how they were able to allocate him humongous votes from the three Council Areas of Aboh Mbaise, Ahiazu and Ezinihitte. INEC Staff also altered results from what was collated at the polling units arbitrarily to favour the PDP candidate, they truly worked for the PDP in the last election”.

Nwosu also called for the abolition of the use of University Vice Chancellors as State Returning Officers by the Commission, adding that their performances especially in the last governorship election in Imo State, showed that they were not committed to the credibility of the process.

He said, “INEC should review the idea of using Vice-Chancellors as Returning Officers because their actions have shown that they are not committed to the process and more so, they are not accountable to the Commission. They know that after announcing whatever result they want, their duty ends and they return to their Universities not minding the problem they have created.

“In the case of Imo State, the Returning Officer and Vice-Chancellor of Michael Opara Federal University of Agriculture, Prof. Francis Otunta, a Professor of Mathematics, went ahead to return the PDP candidate as the winner of the election even though he did not meet the spread as provided in the Constitution”.