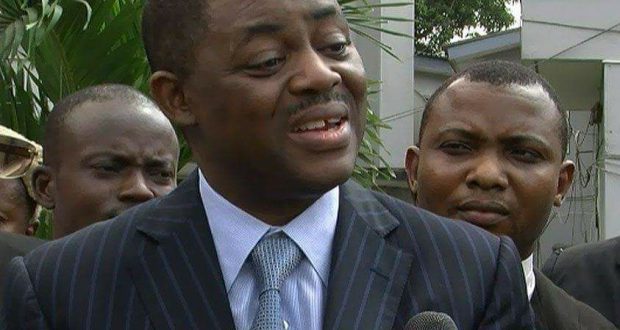 Fani-Kayode, took to his social media handles saying: “According to Maina’s family Buhari brought him back to Nigeria and gave him protection. I am not surprised.

“What else do you expect from a man who appoints a classless and ill-educated cockney as his Minister of Finance, a compulsive liar and filthy reprobate as his Minister of Information and a set of degenerate and incompetent quislings as his Villa media team.

“It is clear to me that we are being ruled by a bunch of cow-worshippers that do not know God.”

Previous: It Is Not My Responsibility To Find Nnamdi Kanu – Gov Ikpeazu
Next: Judge Withdraws From Hearing Saraki’s Case Against Sahara Reporters