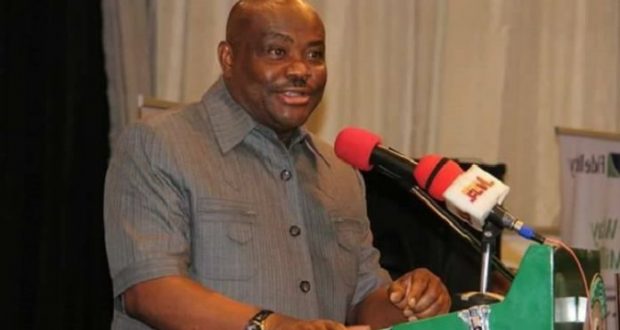 He particularly made reference to those who siphoned resources belonging to the state.

Wike said no action has been taken even when documents and evidence from the State Judicial Commission of Inquiry have been transmitted to the Police and the anti-corruption agencies.

Speaking during a courtesy visit by members of the Okpo Club of Nigeria ( Ikwerre Lawyers Worldwide) at the Government House in Port Harcourt, the governor alleged that the sale of Rivers assets was done in a manner to defraud the state.

He further alleged that majority of the assets were sold during the Administration of Rotimi Amaechi to Sahara Ltd in very questionable circumstances as determined by the Judicial Commission of Inquiry.

Previous: In Nigeria today, Buhari is the best man for the Presidency – Okorocha
Next: We did not defraud PDP and Muazu didn’t leave N9bn in party’s account – Bala