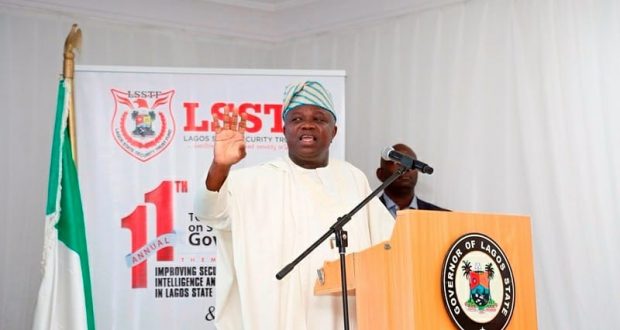 Ambode will seek re-election in 2019 – Commissioner

This was made known, on Thursday, by the Commissioner for Home Affairs, AbdulHakeem AbdulLateef, at the inauguration of the Ejigbo Local Government Development Area chapter of Itesiwaju Ipinle Eko Foundation – a non-governmental organisation, which has been registered with the Corporate Affairs Commission (CAC), in Abuja.

He said the occasion was to endorse Ambode’s re-election bid and lay the foundation for grassroots mobilisation for him, in recognition of his support for the growth and development of the All Progressives Congress (APC).

While AbdulLateef was hopeful that the foundation would be sustained, well after he might have left office, he said that it would advance issues such as providing a generous political space for the less-privileged and provide care for the elderly; youth development and entrepreneurial skill acquisition, and capacity development, so that they, too, would not only be gainfully employed, but, as well, employers of labour.

He said this was to steel the APC’s plan to run an all-inclusive Administration, in order to advance the symbiotic ties between the party’s decision-makers and the supporters.

AbdulLateef reminded all caucus and ward members in Ejigbo that they had a job to do: selling Ambode as a winning brand.