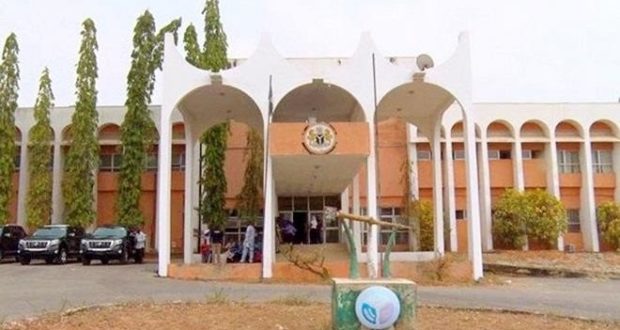 Kaduna State House of Assembly has elected a new Deputy Speaker after the after the controversial impeachment of Mukhtar Mazo.

Auta’s emergency and swearing was followed with a rowdy session as a member attempted to steal the maze.

Auta was immediately sworn in by the Clerk of the Assembly, who administered oaths of office and allegiance on him.

The new Deputy Speaker emerged shortly after 24 members of the Assembly passed impeached former Deputy Speaker, Hon. Mukhtar Isa Hazo after passing a vote of no confidence on him.

Shortly after the swearing in, member representing Makera Constituency, Hon. Liman Dahiru broke into the floor of the Assembly and seized the maze.

However before he could make his way out of the chamber, he was grabbed by the Sergeant at Arm while other members quickly rushed in to retrieve the maze from him.

The plenary thereafter ended in a rowdy session while the aggrieved member, Dahiru Liman was dragged out of the chamber.

Liman, who had his dress torn, was later seen outside the Assembly Chamber displaying anger over the the impeachment of Hazo.

Previous: “Oshiomhole won’t allow me to get justice,” Obaseki cries out
Next: We have recovered N7.9bn stolen funds from Okorocha- EFCC