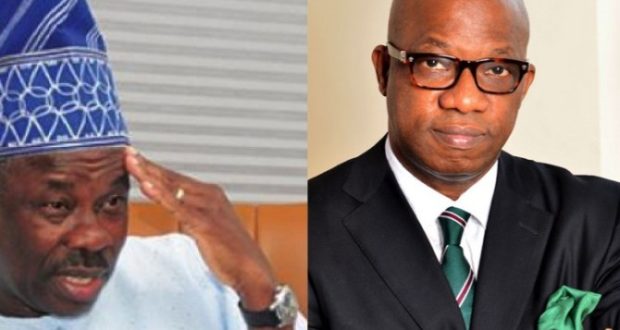 Amosun to Governor-Elect: Government House ready, you can move in tomorrow if you wish

Ogun State Governor,  Ibikunle Amosun has told  the Governor – elect, Prince Dapo Abiodun that keys to the Government House are ready if he intends “to move in tomorrow.”

Represented by the Secretary to the State Government, Barrister Taiwo Adeoluwa, Amosun spoke when his Transition Committee met with Abiodun’s delegation led by the Deputy Governor – elect, Naimot Salako – Oyedele at the Governor’s Office, One – Mosan, Abeokuta.

Amosun denied reportts that he had no plans to handover, his transition committee, adding that it had been put in place “since December 2018.”

Amosun while promising a smooth transition ahead of May 29, said his government would not “bequeath disorder on his successor.

“ He said “We will be in position to hand over a comprehensive handover note to you on May 28, 2019.” “By God’s grace ,28th of May ,2019, we can sit down like this and hand over to you. We have not been sleeping so as to have a smooth running of the transition.”

“As soon as you tell us when you need the keys to the government house and that of the Presidential lodge ,we will make them available”, he added.