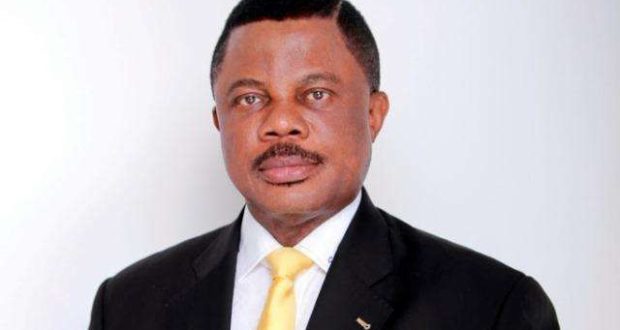 A political association, Anambra Destiny Movement (ADM), has disclosed that party affiliation or zoning should not determine who becomes the next governor of the state but a candidate with programme that aggregates the challenges of the state.

Chief Ekene Enefe, president of the movement, said this at a parley with newsmen in Awka on Monday.

He said that Anambra had become sophisticated for such considerations and that the group would support candidate from any part of the state who had capacity to address the collective aspirations of the people.

It would be recalled that the ruling All Progressives Grand Alliance has zoned its ticket to Anambra South Senatorial District while the opposition Peoples Democratic Party said its ticket was open to candidates from all zones.

Enefe said political parties hoping to clinch the mandate of the people should present the best from among them and not rely on the assumption that the name of their party could win election for them.

According to him, Anambra Destiny Movement does not believe in zoning, apart from not being constitutional, zoning is archaic in a sophisticated state such as Anambra where power has gone round the three zones.

“Anambra is neither a birthright of any political party nor an empire that was up for grab by any other party, it is a state in dire need of focused and purposeful leadership, that is why the ADM is calling on them to bring their best to the arena or lose the election.

“We are not even going to support anybody because he is a member of party A or party B because experience has shown that the so-called good parties don’t allow the masses to have access to quality candidates.

“Candidates for Anambra governorship election in 2021 must be merit based, ADM which is rooted in the 21 local governments of the state, will work for the victory of the best candidate based on his/her track record and the manifesto of the party,” he said.

Enefe said though the present administration had done well in the area of security, Anambra still suffered infrastructure deficit which had hindered its economic prosperity.

He said that part of the agenda of ADM for the next dispensation included rural access roads, functional public water supply, sustainable industrialisation drive and state-wide development approach.