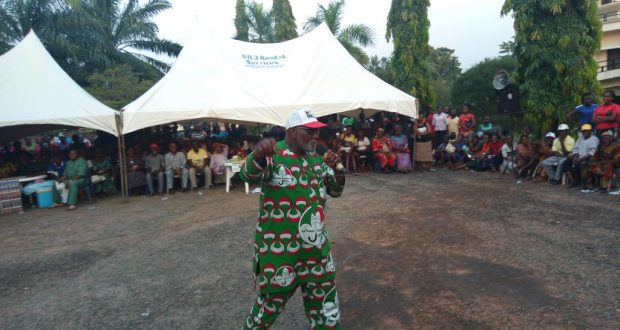 Anambra Decides: I heard about vote buying but PDP was not involved in it – Obaze

Obaze who voted at exactly 1:40pm at his Ogbaru Primary School, Ochuche ward 006, polling unit 001 said he intentionally stayed back until afternoon so as to give the people space to vote.

I voted at 1:40pm. Waited to allow my supporters vote before doing same #AnambraDecides2017

He said he heard of allegation of vote buying, but said that his party was not involved, while stating that he was still confident that if the process is credible, he would surely win the election.

Obaze expressed satisfaction with the level of security and the conduct of the security agents, while also saying that he cannot discredit the process until his agents have collated reports in diverse parts of the state.

“I cannot react to that now. I do not have the statistics with which to furnish you with, but reports are still trickling in, and I believe that if the process is right I will win the election.”

Obaze said he has heard of reports of low turnout in some parts of the state, but not sure of the reason for the development.

Previous: Yes, i had N300,000 on me, it was not to buy votes, says man arrested by DSS
Next: Obiano addresses voters at polling center as observers, others cry foul