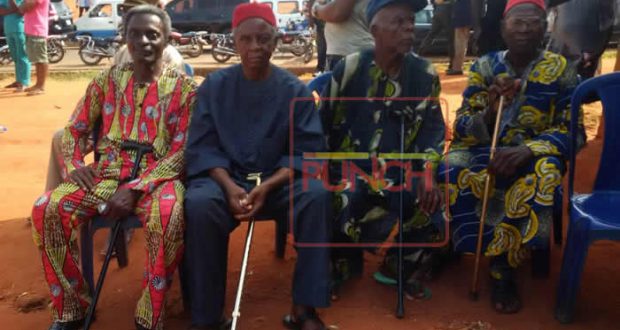 An Octogenerian voter in Anambra, Ogechi Onwudinjo, has decried the late arrival of materials and officials of INEC in Saturday’s governorship election in the state.
Onwudinjo, 82, advised INEC to strictly adhere to timing of activities on Election Day in all its future elections.
Onwudinjo said at her Ahocol Phase 1 Polling Unit in Awka South Local Government Area on Saturday, that she was disappointed that voting could not start at 8 a.m. as earlier announced by INEC.
Onwudinjo expressed regrets that she came early to vote at the polling unit because of her fragile health, but was disappointed that as at 8.45 a.m., the electoral officials were yet to commence accreditation and voting.
“My anticipation was to come and vote and return home because I am not very strong, yet the INEC people are yet to start work.
“My feeling is that INEC should always stick to the time they announce for election because most elderly people no longer have the energy to move out of the homes and do things themselves without being assisted,’’ she said.
Onwudinjo was assisted to the polling unit by another woman, who identified herself as the daughter in-law. The Octogenerian came to the polling unit with her walking stick and a chair to seat.
Richard Ogbuji, INEC Presiding Officer at Real Estate Primary School in Awka South, said officials would attend to everybody before the close of the poll at 2 p.m.