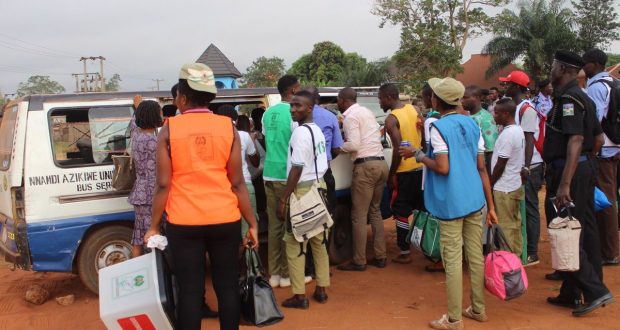 The election which took place on Saturday across 21 local government areas, was said to have experienced relative peace despite threats by some groups.

The PDP, however, claimed that an APGA agent was seen giving an INEC official money at Nnewi Ichi ward, Polling Unit.

The party which made the allegation on twitter, also said the APC candidate, Tony Nwoye was seen campaigning on Saturday morning with dogs around some polling units.

Both parties (APC and APGA) are yet to respond to the allegations.

Previous: Election can be manipulated at any stage, we remain vigilant to the last – INEC
Next: Speaker hails electorate over peaceful conduct, tasks INEC on election outcome