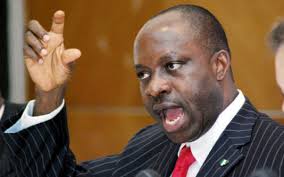 The flag bearer of the Young Progressive Party in the forthcoming governorship election in Anambra State, Senator Ifeanyi Ubah, has said that the manifesto of his All Progressives Grand Alliance (APGA) counterpart, Prof. Chukwuma Soludo is empty.

It will be recalled that Soludo had recently unveiled his manifesto, during a grand rally of his party in Awka.

In his reaction, Ubah described the manifesto as ‘linguistic gymnastics’, while enjoining the people of the State to be careful not to be misled by the high sounding words used by the candidate.

In a statement signed by the Head of Media and Strategic communications, Ifeanyi Ubah campaign organization, Chuks Ogbonna, the Senator said: “As the November 6th 2021 election draws near, we must remain vigilant enough to identify the difference between those who want to rule and those who want to serve Anambra State.

“Recall that about three weeks ago, the Senator representing the good people of Anambra South in the 9th Senate, Sen. Dr. Patrick Ifeanyi Ubah presented his manifesto to Ndi Anambra both home and abroad for review and reading.

“He also challenged the Professor of Economics, Charles Soludo, to not only do the same, but also to pick a date for an open debate on the policies therein, a challenge that the professor cleverly dodged.

“We have waited earnestly for Soludo and APGA to present a working and public document upon which they desire to lead Anambra State for the next four years as the party in power, but nothing was heard or seen until the eve of their campaign flag off, when the 72 page document found its way – albeit surreptitiously into the public domain.”

Ubah said Soludo has only one mandate, which was to bamboozle Ndi Anambra with “bogus grammar, fictional data and Eldorado promises”.

Ubah rubbished all the campaign promises in the manifesto, called on Anambra people not to fall for the bait by the ruling All Progressives Grand Alliance (APGA) to elongate the tenure of the current governor, through the presentation of a surrogate.

Previous: APC group says Jonathan can’t contest under the ruling party
Next: Buhari has been fair to the South East- APC chieftain