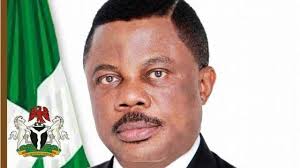 The party said it has uncovered plans where Obiano plans to spend Anambra’s money to achieve the aim, saying that a recent supplementary budget by the governor to lawmakers was for that purpose.

A press release by the publicity secretary of ZLP, Mr Afam Ofomata, which was made available to newsmen.

The release said, “ZLP has already been made aware of how the Obiano camp, having realized that there is no way the APGA can win in free and fair election, is now seeking to sweep the state’s reserves and use its supplementary budget to provide slush fund for electoral bribery and enrichment of corrupt APGA leaders.

“A detailed review of the recent supplementary budget by Obiano reveals very opaque content that cannot translate into development investment reality for the benefit of the people, thus exposing an evil design to defraud the state and suppress the wishes of the Ndi Anambra at the election.

“ZLP, therefore, calls on all Ndi Anambra; community unions, professional groups, traditional institutions, faith-based organizations, youth bodies, market unions and other stakeholders across Anambra to be at alert and say no to this provocative budget robbery being plotted by the Obiano-led APGA.”

The party also added that Governor Obiano must know that coffers of Anambra state is not an Automated Teller Machine (ATM) for installation of his puppet; a plot that will be firmly resisted by Ndi Anambra.

“He should, therefore, rescind every idea of a supplementary budget until after the election in November.

“Moreover, Governor Obiano by now, ought to know that Ndi Anambra have made up their minds to liberate their state by electing the people’s candidate, Dr. Obiora Okonkwo (Dikeora) on the platform of the coalition ZLP and no amount of vote buying, bribery of electoral officials and propaganda can stop this quest.

“The ZLP, therefore, advises Governor Obiano to allow the will of the people to prevail in this election. He ought to know that Ndi Anambra abhor godfatherism and that such will never have a place in the government of the state.”