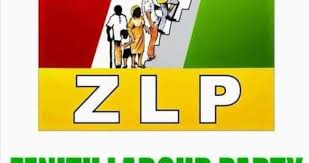 As the race for Anambra governoship election is gaining momentum, the  candidate of Zenith Labour Party (ZLP),  Dr. Obiora Okonkwo has called out the All Progressives Grand Alliance (APGA) over taxes in the state.

According to the party, its candidate insisted on the total abolition of all levies foisted on Anambra people by the APGA administration.

In a press release by The ZLP Publicity Secretary, Dozie Ofomata Okonkwo decried what he called the shenanigan by the APGA administration to hoodwink Anambra by announcing a reduction as well as the suspension of some taxes.

It will be recalled that Governor Willie Obiano had recently announced the suspension of some taxes in the state, because of abuse by revenue youths.

The release read: “Our candidate vehemently abhors the bullying and coercive foisting of high levies on commercial vehicle operators, okada riders, hawkers, cart pushers, artisans, market women, farmers and other hardworking citizens and residents, who are already bearing the brunt of economic hardship.

“Such exploitative levies only point to APGA’s insensitivity to the plight of the people.

“APGA has since lost its essence and only exists for the personal enrichment of its leaders as most of the taxes and levies are not remitted to government coffers but end up in the pockets of APGA leaders and their cronies.

“Our candidate, therefore, rejects the announced suspension and reduction of some of the suppressive levies and insists on a total review as well as outright cancellation of all levies foisted on less-privileged people, who should rather be assisted.”

ZLP accused APGA of using the suspension as a political card to curry the favour of the electorate to retain itself in power, after which it will return and even increase the obnoxious levies.

The party said Okonkwo has perfected a strategic economic development blueprint that will attract over $15 billion on various investment windows to help rebuild Anambra and empower the people.